Contemporary a cappella is the fastest growing trend in music education today.  As a choir director, this is exciting to me because a cappella singing promotes individual musicianship, confidence, tone, blend, balance, intonation, and much more– all while being, well…cool.

One of the biggest missteps I see is when a choral director decides to record his or her new a cappella group in the studio.  Most approach it the same way I did. My thought was that if I took all my singers into the studio, had them stand around a few good microphones (maybe even in sections), and then sang each piece together, the end result would be an accurate representation of what we did and sound good.

I was wrong.  Man, was I wrong.  After spending a lot of money and time in the studio, we had an album we were proud of, but only because we kind of had to be after the investment we had made.  Luckily, it was only an EP, and we moved on (and removed it from iTunes later!).

If you haven’t ever recorded a contemporary a cappella group before, stop right now and go to the A Cappella Education Association site, sign up (there’s even a free membership) and read their recording guide.  It was written by top a cappella recording experts.  It is comprehensive and very good.

If that is overwhelming to you, or you’re looking for the most salient points as you’re preparing your group to record, here are my most important guidelines:

I’m recording my high school group, OneVoice, this weekend with Dave and Robert Dietz (arranger from The Sing-Off).  I’ll be posting some audio and video examples from this in future blogs– stay tuned! 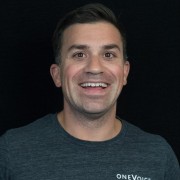